Jack: in a Box

Here's a little piece I did and taught to my EGA guild yesterday.

I got the idea from stitching Marilyn Owen's Halloween Treat that had a white ghost surrounded by Purple.

It's just two stitches - a slanted gobelin border and the interior is all byzantine.

Three threads and there you have it. 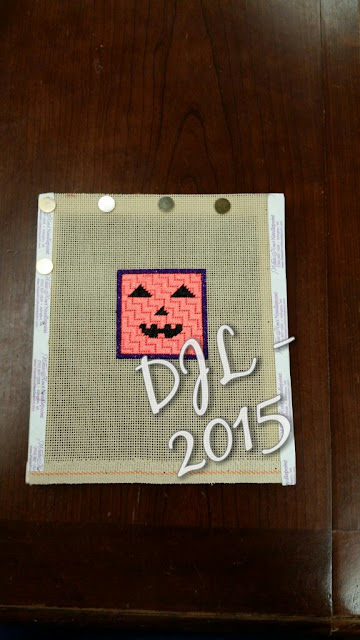 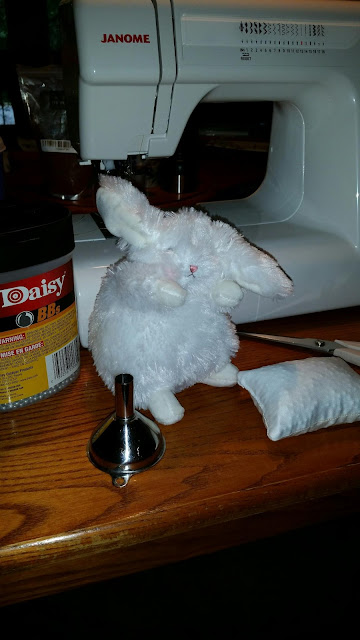 Here we have one ordinary bunny from Bunnies by the Bay names Ittybit. Maybe not so ordinary. He's really cute.

Ittybit is about to undergo surgery. 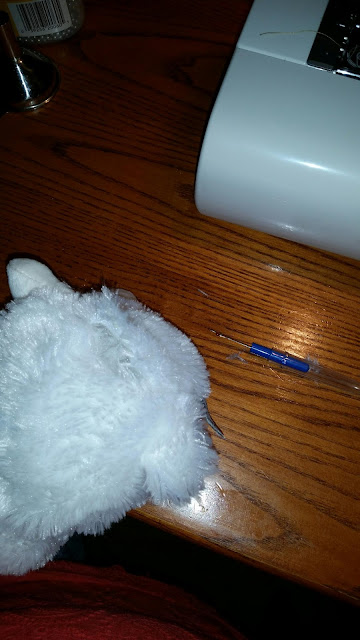 Step three. Using the funnel, fill the bag with BBs. 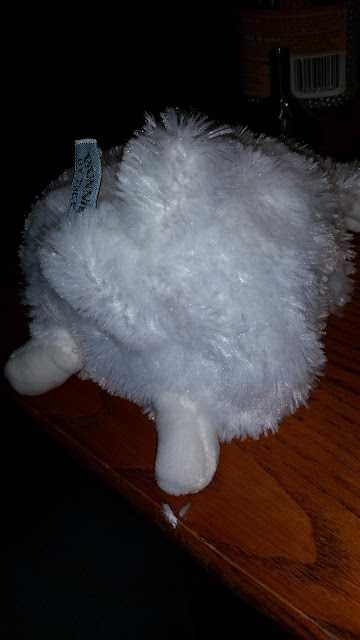 Step five. Locate a bottom seam and use the seam ripper to open it up. How much? Large enough to stuff the bag into... 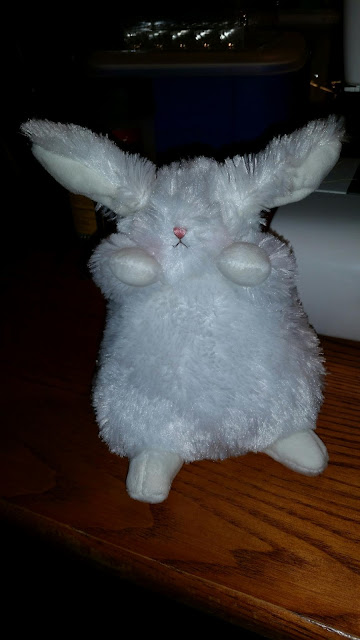 Step six. Stuff that bag of BBs into the bottom of the bunny.

Step seven. Sew the bunny closed. In this case, I didn't have to be extra neat, as the fur covers a multitude of sins.

Step eight. Flip him upright and laugh. He's just had the opposite of liposuction and he's completely adorable. 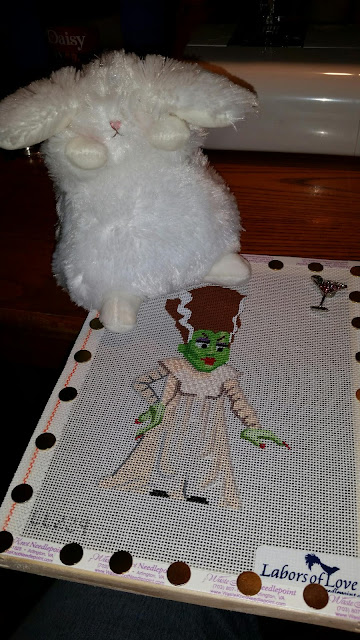 For those not in the canvas world, what I have created here is a frame weight. We use them to hold our frames on the edge of the table and then we can use both hands to stitch.

Sometimes I use mine to counterweight a table stand when I'm working on a large piece.

I'm officially licensed to practice needlework. No animals were harmed in the making of this frame weight.
Posted by Donna at 3:26 PM 5 comments:

A day late because I haven't been keeping up with my reading.

Trite as it may be, a is for alphabet. Because I've stitched a ton of them. Some without the letter j or u. Because that's how the schoolgirl's stitched them. You knew if the i or the v was a vowel or a consonant by its position in the word. I'm sure foreigners learning English are glad we decided to stop the double duty because English is difficult enough to learn. 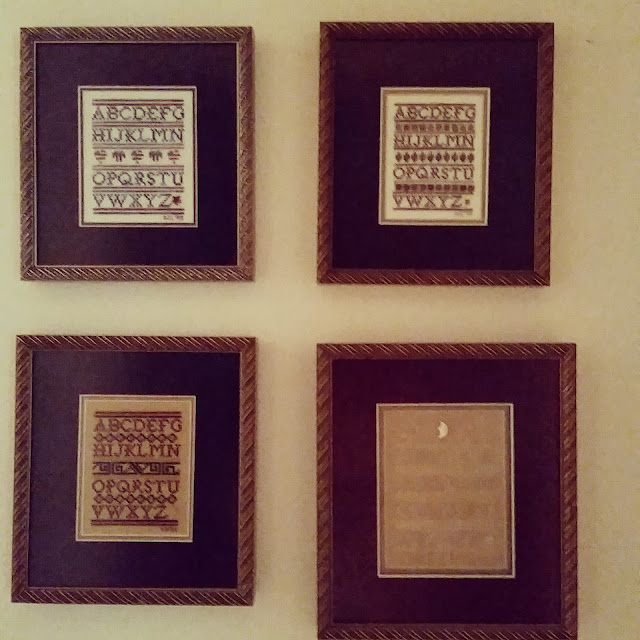 See these samplers? Three of them are Sekas designs and the 4th - bottom left is my own version following their designs. Funny when I started these, I didn't pay any attention to the fact they weren't all the same size. LOL. The white one with the moon that you can barely see is bigger. Bothers me to no end.

Anyway, these used to hang in my dining room along with several other samplers. And once when my in-laws were visiting and they had old friends stop by, the wonderful gentleman said, "Donna, I have just one question for you. Do you think you finally know your alphabet?" I still think of him fondly.

And yes. I know my alphabet.

But a can be for other things. Like Assisi. 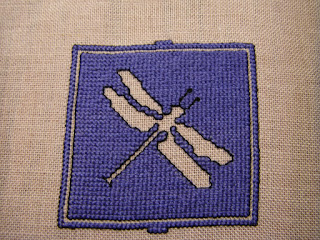 I did this dragonfly a few years ago for my contribution to a thank you gift for our EGA guild president. My own design.

And a can be for Amadeus. Like Jean Hilton's Amadeus stitch. Jean Hilton was a fantastic designer of counted canvas. She did some fascinating stitch diagrams that are like converting string art to needlepoint.

So feel free to go search for the info on The Alphabet Club. You'll find that Jo at Serendipitous Stitching and Chiara at The Grey Tail are behind this.
Posted by Donna at 11:29 AM No comments: