I finished this on Wednesday. Totally love it.

Had some issues - my bats were sinking into the moon. I had to frog them then stitched bullion knots for the skinny ones. And a made up thing for the big one.

The compensation on the background was a bear, but I tamed it.

All in all, just cute as can be. 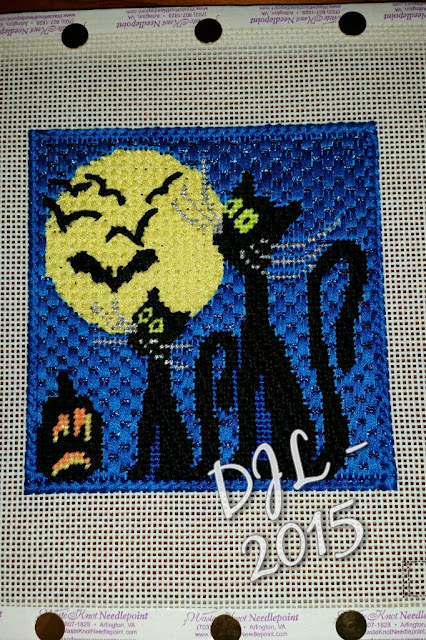 I've occasionally been picking up this piece and working on it slowly.

It a DC Designs distributed by Amanda Lawford.

I really set myself some challenges here - compensating my background around the cats & compensating the moon.

First I stitched the bats with just tent stitch, but when I started stitching the moon the bats were sinking behind the moon. Nearly two hours spent removing them. But now I'm doing Bouillon knots for the small bats and I've got an idea for the larger one. Now the bats are in front of the moon where they belong. 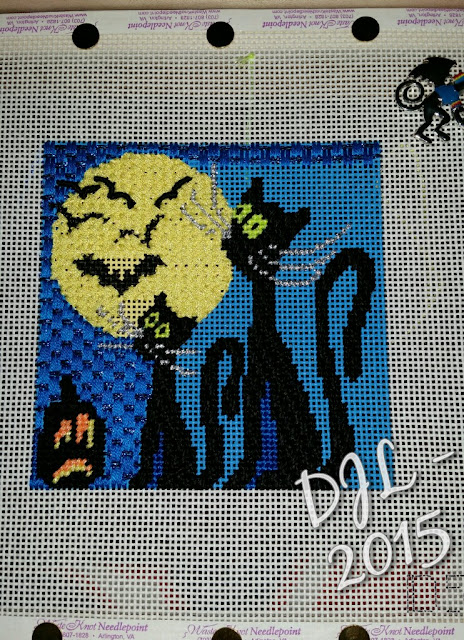